Home
About Us
History

Opening in 1882, St. Charles Academy served as the center of education for Calcasieu Parish. The school was staffed by the Sisters Marianites of the Holy Cross. In 1949, Monsignor Louis H. Boudreaux, pastor of Immaculate Conception Parish, undertook the building of a parochial grade school. Immaculate Conception (ICS) opened its doors on February 19, 1950. Bishop Jules B. Jeanmard of Lafayette officiated the dedication. The school provided educational services for girls in first through eighth grades and for boys in first through fourth grades. The Sisters Mariantes of Holy Cross continued to be on staff at the new school and Sister Imelda was the first principal of ICS.

With the opening of Immaculate Conception School, St. Charles became a parochial girl’s high school only. In 1970, St. Charles and Landry Memorial High School merged to form St. Louis High School. The St. Charles building no longer saw students but served as home for the Marianite sisters teaching at St. Louis and ICS. After the death of Monsignor Boudreaux, Monsignor H. Alexandre Larroque became the next pastor. He took up the task of grounds improvement. The adjacent academy building was condemned and torn down in the spring of 1974. Immaculate Conception School then stood alone at 1536 Ryan Street.

On January 29, 1980, the Diocese of Lake Charles was formed to include the area once known as “Imperial” Calcasieu. Monsignor Jude Speyrer, Vicar General of the Lafayette Diocese, was named the first bishop of the New See. Immaculate Conception School was recognized as the school representing the Cathedral Parish, thus becoming Immaculate Conception Cathedral School (ICCS).

In the early eighties, Borden’s Incorporated donated the property to the north of the school building where for many years the famed Borden’s Ice Cream Parlor stood. Demolition of the old Borden’s milk processing plant and ice cream parlor took place in May 1990. The property has served as a parking lot and secondary carpool line since that time. In the spring of 2001, the PTO of ICCS raised funds to beautify the lot. With the help of many parent volunteers, the Park Avenue lot was created.

To meet the growing needs of our school, the Building on Tradition capital campaign, endorsed by Bishop Glen John Provost, officially began in 2007. This campaign helped to fund the construction of the new 3-story, 20,000 square foot St. Charles Annex addition. The new Annex includes 4 classrooms, a spacious art room, a state-of-the-art computer lab, and a multi-purpose library.

ICCS currently maintains an enrollment of nearly 400 students from Pre-Kindergarten through eighth grade. Blair Moses Tadlock serves as the principal with 20 classroom teachers. In addition, the school also employs a librarian, counselor, two resource/special education teachers, directors of technology and religious education, and teachers of enrichments in art, music, computer technology, physical education, and Spanish. Our students continue to excel academically, scoring among the highest at every grade level on the annual standardized test given throughout the Diocese. 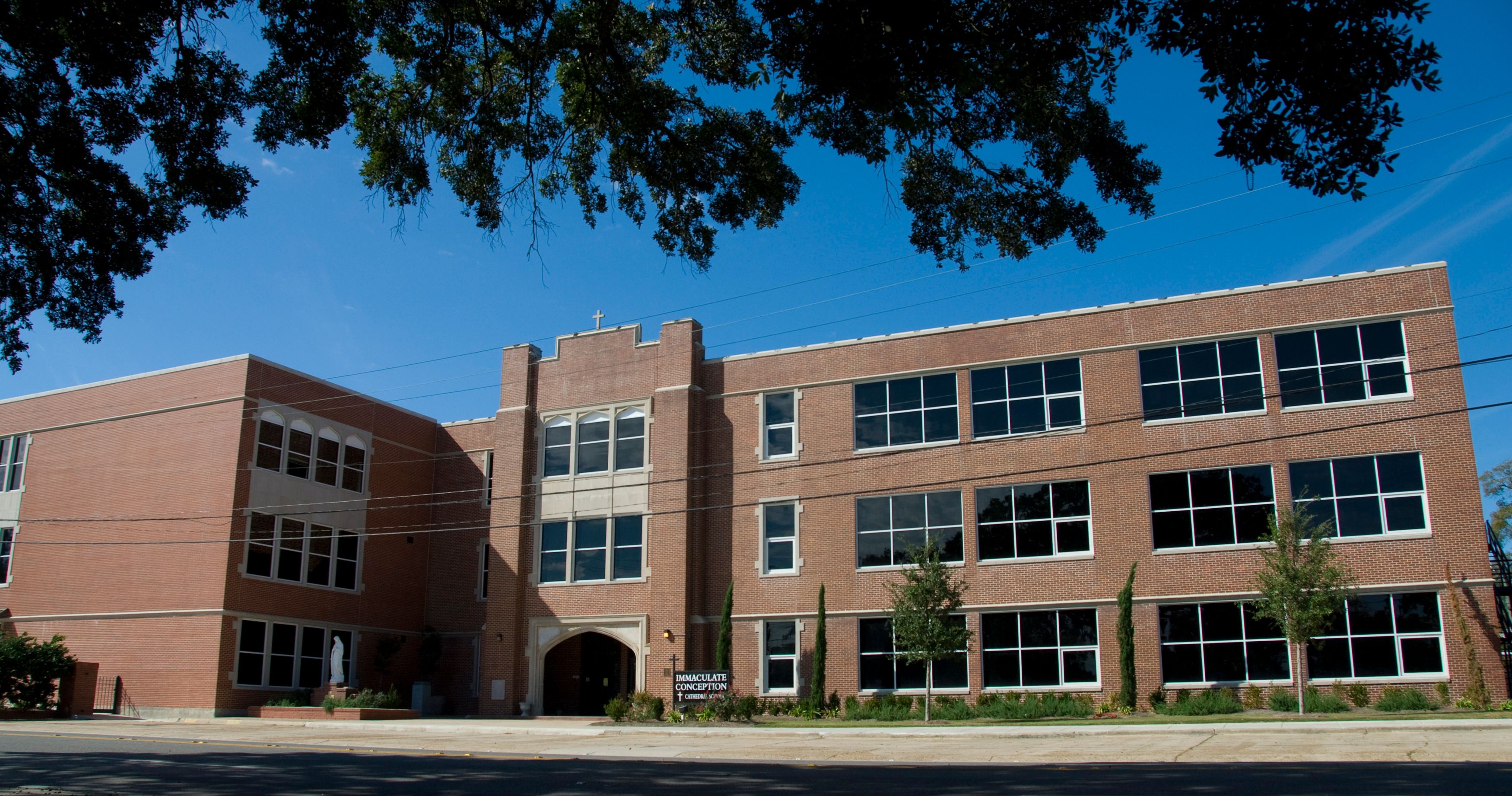 On November 3, 1963, a community-wide open house event was held in the large Immaculate Conception School airconditioned cafeteria which had enough space for 350 students.  The building cost $120,000.